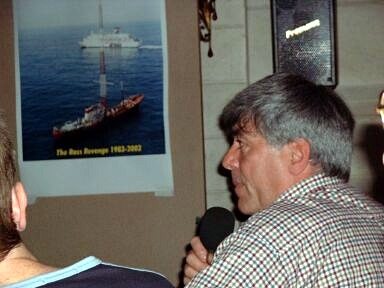 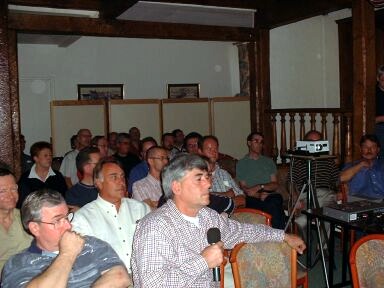 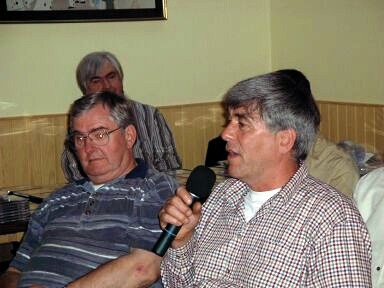 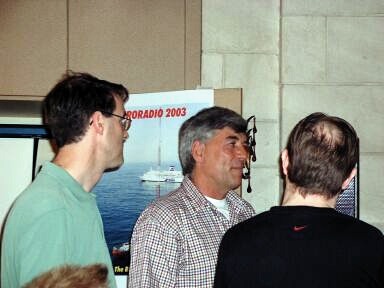 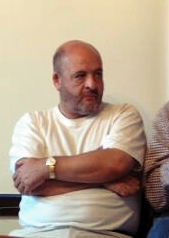 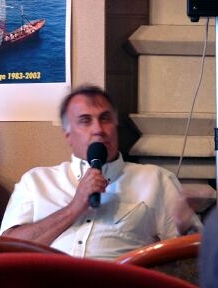 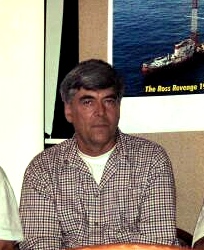 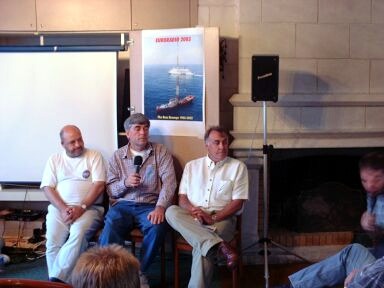 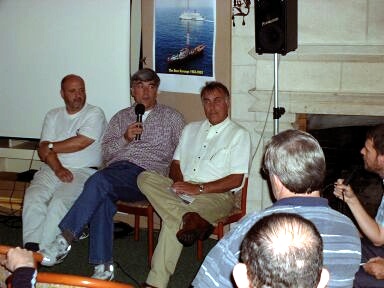 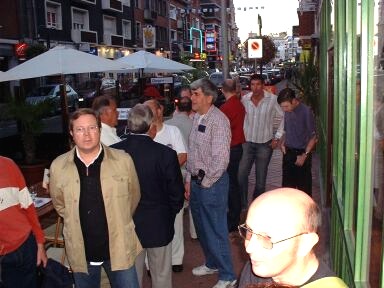 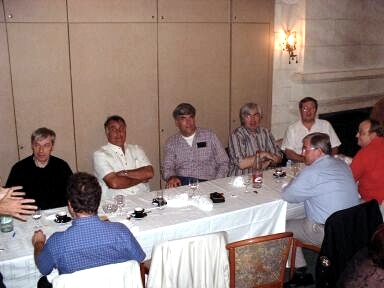 Euroradio 2003 allowed the discovery of the legendary characteristics of a little common highness: Peter Chicago.

The one that some describe like a bear, is first a very big man. He speaks of Radio Caroline with a tremor in the voice, revealing the extraordinary passion for this radio that is all his life…His life, which he recognises, he has risked several times, on top of masts, while reclaiming the radio ship abandoned at sea or facing a gun waving Dutch official to who he says "go on, shoot!!"…

His voice that he admits is "not a radio voice " produces a very strange impression, so that as soon as he starts speaking, an almost religious silence falls upon the audience… His matchless and undisputed expertise, that put Caroline's transmitter back in working order in less than 48 hours, with a ship ready to broadcast less than one week after the boarding.

But there is surprise when Peter Chicago revealed that he could not start the station again immediately, due to the indecision of management on land. But with only Caroline Martin and Dave Asher, Radio Caroline came back on the air, thanks to the unique determination of Peter Chicago, and against the will of those that had decided to leave the Ross Revenge in silence.

More surprise when Peter Chicago reveals that some months later, with a ship and a crew left alone, it is not the authorities that forced Radio Caroline to close, but the people that pretended to be in charge of the station. A terrifying revelation!

An extraordinary moment that this Euroradio 2003 with a strange feeling floating in the room: a bitter feeling when learning that Radio Caroline has been voluntarily silenced without looking for a solution to protect the station, and then a man who forced the admiration by his strength and his conviction towards what he recognises to be all his life.

Radio Caroline might be silent but Peter Chicago remains her voice and the "standing ovation" of all the participants at the end of the evening is a testimony that Peter Chicago deserved.

The Euroradio 2003 videos on a double CD: 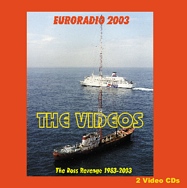 The Ross in 1983 - (various TV programmes on Caroline return), OEM visit 1985 (with special ‘guests’ on Caroline),Tendering and Storms, Monique/Caroline various, OEM visit 1987 with Ronan, On the move - move from Knock Deep, Laser Hot hits visit (Brandy Lee and Paul Jackson) and much more on this double video CD.